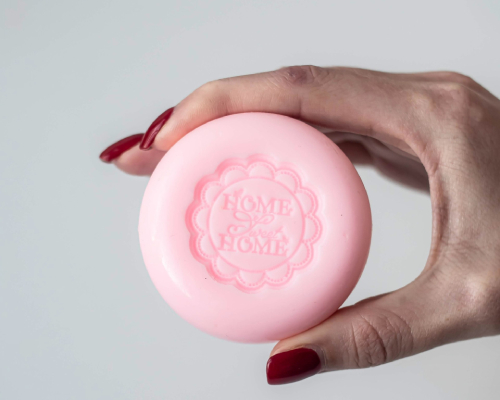 In our modern world, soap is a fundamental part of the way we live. We use soap many times during the day to clean our hands, clean our house, and for many other things. Soap has been one of the primary reasons that we have been able to drastically improve how long we live and how healthy our lives are. Just imagine a life without soap. Think about how much worse our hygiene would be and how many bacteria would build up everywhere. In this article, we will go in-depth with the origins of soap – when and how this crucial part of human health and hygiene was invented.

Soap Has Existed for Thousands of Years

According to some history books, Ancient Mesopotamians were the first people to actively produce an early type of soap. They produced this soap by cooking fatty acids, typically the fat from slaughtered goats, sheep, and cows, together with an alkaline and water. The alkaline would be a substance gathered from wood ashes or other ashes. This would result in the first soap, which was far from the soap that we know today, but still had the same purpose as our soap.

The ancient people used this early type of soap to clean things like cotton fibers and wool before turning them into clothes. The first soap was, in other words, more used for the production of things than for actual human hygiene.

The Romans and Greeks are known for being the pioneers of running water and creating buildings for public baths, but not even those people actually produced or used soaps for human hygiene. The Romans and Greeks would instead put scented olive oils on their bodies with the purpose of smelling better. In regard to removing dirt and bacteria, they would simply use a metal scraper.

By the middle ages, however, Europe started using soaps for hygiene purposes. Vegetable oil-based soaps were developed and produces, which worked great because they were mild to the skin, cleaned the skin, and smelled very nice. It was, however, only a luxury item that only the most privileged classes of Europe could afford and get access to. The soap was discovered and produced in Syria and then brought to the rest of Europe by Christian traders. It didn’t take many years before other countries started developing their own versions. Especially the French, Italian, Spanish, and English versions became the standard. One of these soaps, called the Castile soap, which had its name from the region in Spain it came from, was the most popular soap around the world. The use of soap was, however, still primarily used for cleaning objects and not bodies.

In the 1500s to the 1700’s most people around the world, especially the Europeans had stopped taking baths, both rich and poor, because of the fear that water actually was spreading different diseases instead of helping fight them. In this period, soap was also just used for domestic cleaning and using soap to cleanse the body and for personal hygiene was overlooked in most countries all around the world.

At the beginning of the 1800s, however, people started taking regular baths again but still stayed away from using soaps. In this period, companies like Colgate and Procter & Gamble were established. These companies mass-produced soaps but didn’t focus on changing the ingredients of the soaps or the use of the soaps. Soap was still not something that people thought about as a means for improving personal health. It would take a huge event for the people to finally see the value in taking good care of your hygiene and taking regular baths with soap.

Moving from cleaning objects to bodies

Funny enough, the civil war was what really started the movement for personal hygiene and cleaning bodies. During this war, washing with water and soap became something you had to do as a sanitary measure to help the Union’s war efforts. After that, personal hygiene really caught on, and the demand for soaps that normal people could afford increased massively.

The increased demand for cheap soap naturally meant that a lot of companies and corporations saw the potential of making money on soap. For that reason, many companies started developing and producing a variety of new soap products. In the 1880s, a lot of different soaps were introduced to the market, with the Palmolive soap being introduced in 1898. This soap was the world’s best-selling soap by the beginning of the 1900s. A ton of research started happening in the field of soap, leading to a lot of experiments and new types of soaps. In 1909 a group of researchers discovered hydrogenated fats, which meant it was now possible to produce better soaps that didn’t depend on animal byproducts.

During World War 1 and 2, there was a significant shortage of fats and oils for the production of soap. This led to the discovery of synthetic soaps, which also turned out to be a superior product to the soap that is based on oils and fats. Furthermore, soap was developed for more specific uses like hair-shampoo, body-shampoo, hand soap, and so on.

The Soap We Know Today

The soaps we know today are very different from what they were thousands of years ago. Back then, it was all about creating a mix of ingredients that could help in the process of cleaning materials and our skin from dirt. Soap nowadays is commercially manufactured in massive amounts and is a highly specialized product that is created by lab-engineers. The soap of today is typically some sort of oil base that is combined with a lot of different chemical additives with the goal of making the soap more efficient and more appealing to all of our senses.

The soap industry is now a massive billion-dollar industry, and soap places a huge role in keeping us healthy and our long life-expectancy.